What does the ECJ ruling on the “Rule of Law Conditionality Regulation” mean for Poland, Hungary and the EU?

On Wednesday, the 16th of February the European Court of Justice ruled in favor of the “Rule of law Conditionality regulation” and dismissed the actions brought before the Court by Poland and Hungary in their entirety. The Court decided that the regulation is conform EU Law.

What is the ECJ ruling about?

The Court ruling comes after a legal challenge before the European Court of Justice (ECJ) launched by Poland and Hungary on 11 March 2021 in order to annul the “Rule of Law Conditionally regulation”. Under this regulation EU budget payments can be withheld from countries in which established breaches of the rule of law compromise management of the EU funds (source).

Why is it important?

Under European Union Law it is very difficult to punish EU countries, such as Poland and Hungary, which are found to breach core EU values such as the Rule of Law. Currently Poland (initiated December 2017) and Hungary (initiated September 2018) are under scrutiny of the Article 7 TEU procedure to establish a breach of EU values (in case: Rule of Law) with the aim to suspend rights of the accused countries, including voting rights (source). However, the procedure is doomed to fail: to effectively issue sanctions against both countries the European Council must vote unanimously (without the country concerned) to establish if a “serious and persistent breach” is occurring, before the Council, acting by qualified majority, can issue sanctions. Hungary and Poland are expected to veto each other’s suspension in the European Council.

With Poland and Hungary in mind, the idea of the Rule of Law Conditionality to link the rule of law to EU funding was to find a solution for the impasse of the Article 7 TEU procedure and to effectively punish countries who are in breach of EU values. Under this procedure the Commission, after establishing a breach, will propose that the conditionality mechanism should be triggered (to cut or freeze payments). The Council then has one month (max two months) to vote on the proposed measures by qualified majority. Instead of needing a unanimous vote (under Art.7), effective sanctions can be issued with a qualified majority. 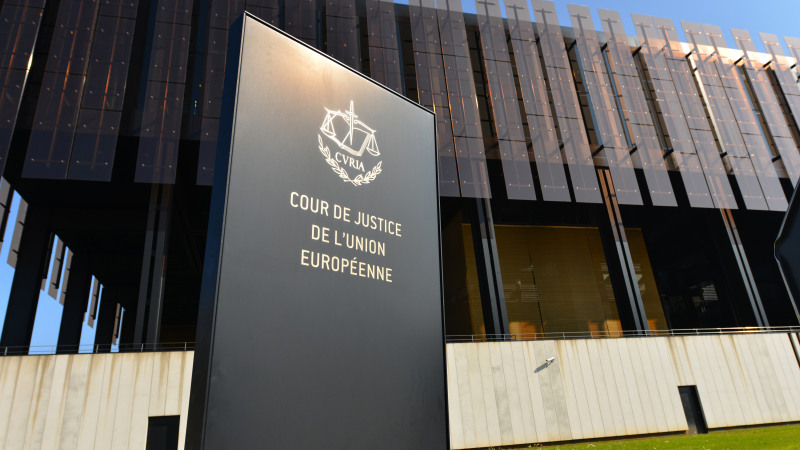 Does this mean that the EU finally has an adequate instrument to penalize breaches to core EU values by its own member states?

Now that the ECJ confirmed the legality of the Rule of Law conditionality regulation, the Commission can initiate the procedure and the Council can decide to effectively punish Member States who are in breach of core EU values, to f.e. suspend their EU budget. Parliament MEP’s already called on the Commission to act without delay in regard to Poland and Hungary.

However, there is a limitation which the ECJ repeated in its ruling: the procedure laid down by the regulation can be initiated only where there are reasonable grounds for considering not only that there have been breaches of the principles of the rule of law in a Member State, but, in particular, that those breaches affect or seriously risk affecting the sound financial management of the Union budget or the protection of the financial interests of the Union in a sufficiently direct way. This means that a link must be established between the breach of core EU values and the Union budget in a sufficiently direct way. The regulation is not intended and cannot be used to penalise those breaches as such. For those cases, the EU must still rely on the art. 7 TEU procedure.

The Court ruling means that the EU has obtained an additional instrument which can effectively punish Member States who are in breach of core EU values, however within the scope of protecting the EU budget.

Do you need help to organize a story on this topic?

About the author
Jonas Mart
Jonas has a Bachelor’s degree in Law with a specialization in Political Science, and a Master’s degree in Law from the KU Leuven. His law studies included a year at the University of Leeds and specializations in social rights and public law. Jonas works as Jenior journalistic researcher and producer for Headline.
Others also read these

News Production at European Summit
23 oktober 2017
Edit article Dashboard Settings Website Design Article cached on Tue. 31 Jan 20:23
Renew cache
We use cookies on this site
We use cookies on this site to provide you with an optimal user experience. Read our privacy statement
Functional
Accept all
Cookie instellingen
Read our privacy statement
Voorkeuren opslaan